Do the Right to Buy schemes help tenants access home ownership or negatively impact on local communities? Should they be abolished or suspended?

These are some of the questions tenants from across Wales discussed with us as part of our investigation of the proposed law to abolish the Right to Buy and Associated Rights in Wales.

What is Right to Buy?

The Right to Buy scheme was introduced in the UK in 1980 to allow most council tenants to buy their council home at a discount.

However the Welsh Government has recently proposed changes in law that would end the Right to Buy scheme in Wales.

Their stated aim with this change is to protect the Welsh stock of social housing from reducing further, ensuring it is available to provide safe, secure and affordable housing for people who are unable to access the housing market to buy or rent a home.

We have been examining the Welsh Government’s decision to propose this law to ensure that it is in the best interests of Wales and its communities.

What do the proposed changes mean?

Under the proposed law, The Right to Buy for tenants of local authorities and registered landlords would be abolished after a period of at least one year following the introduction of the law.

Some local authorities, including Flintshire, Carmarthenshire and Anglesey have already suspended the Right to Buy scheme.

The Right to Buy and Associated Rights have already been brought to an end by the Scottish Government in Scotland, but a different approach is being taken in England by the UK Government.

The proposed law would end the Right to Buy scheme in all local authorities across Wales. 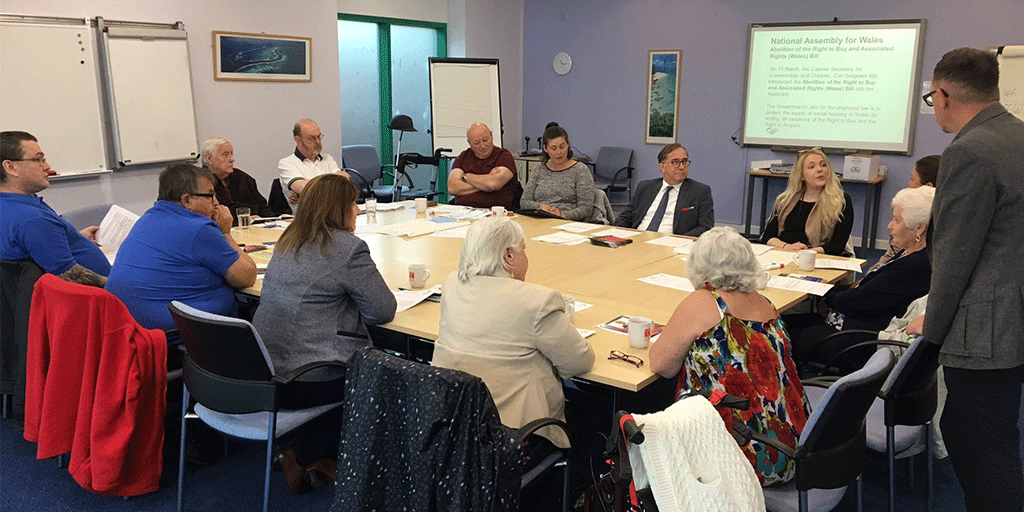 Want to know our recommendations to the
Welsh Government on changes to Right to Buy?

How could the changes affect me?

In making sure that existing tenants are aware of the changes, the proposed law requires the Welsh Government to publish information on its effects before abolition takes place, and social landlords must in turn provide that information to every affected tenant within two months of the proposed law coming into force.

After a waiting period of at least one year after coming into force, all rights will be abolished. This means every affected tenant can still exercise their Right to Buy within that period, but not after.

Alongside a public consultation, a key part of this examination involved engaging and working with tenants from across Wales to help understand what the proposed changes meant for them.

By holding discussions in Cardiff, Newcastle Emlyn, Colwyn Bay, and Ynys Môn, as well as online on Dialogue and Facebook, tenants from across Wales were given an opportunity to participate, discuss and share their views and ideas on the proposed law and whether they felt improvements could be made.

“Council housing should be for those in need” – Tenant, Ynys Môn County Council Tenant Participation Group

There was broad support for the proposed law from tenants and other organisations who gave evidence, and the need to abolish the Right to Buy to to ensure that those in greatest need have access to affordable homes and prevent further loss of social housing.

Having heard all of the evidence, the Committee has agreed that abolishing the right to buy will ensure that existing and new social housing stays within the social housing sector and will be available to be used for its original purpose, namely as a means of providing affordable rented accommodation for those in greatest need.

The majority of tenants acknowledged the squeeze that people now feel in trying to access the housing market.

The average annual salary in some areas in Wales is less than the minimum salary needed to qualify for Help to Buy schemes and a number of tenants are employed through zero hour contracts.

Tenants in Anglesey said that the average salary of residents was £14,000, which was less than the minimum required to qualify for Help to Buy.

As a result, the Committee believes that it is important to raise awareness and promote understanding of home ownership schemes with tenants before the Abolition of the Right to Buy takes place.

Duty to provide information to tenants

“…everything requires access to social media and the net now…anything that happens now quotes a www. resource …people will be uniformed if the information isn’t accessible” – Tenant, TPAS South Wales Network

What are the next steps?

Before changes can be made to the proposed law, the Committee’s recommendations will be debated amongst all of the Assembly Members who represent the people of Wales on 18 July 2017.

For all the latest information and developments you can also 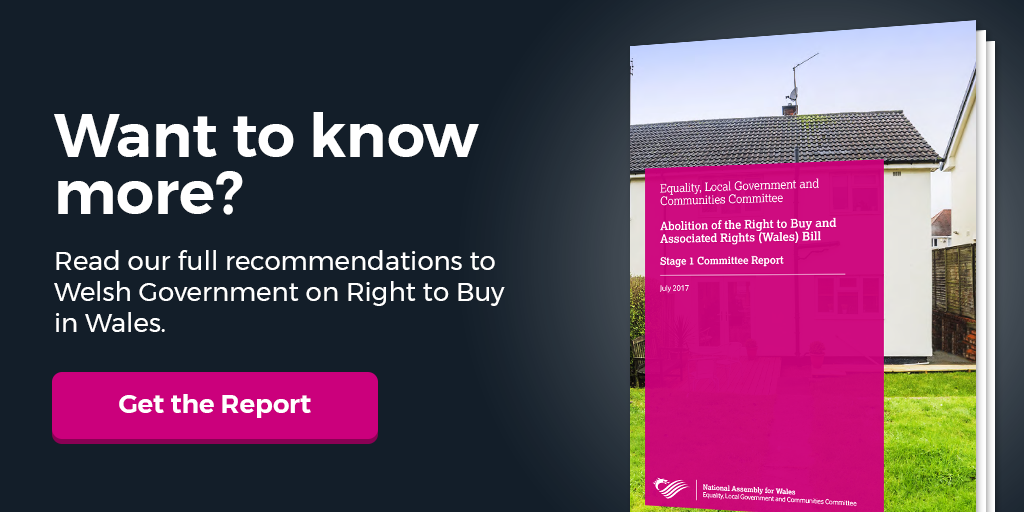